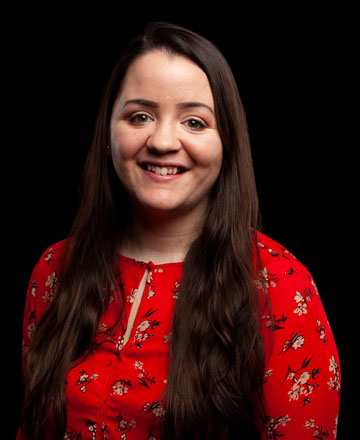 In 2021, I launched my production company, Breaking Ground Productions, and serve as Producer and Creative Director. In addition to Breaking Ground, I was most recently an Associate Producer at MTV Entertainment at ViacomCBS until June 2022.

Until 2020, I was a producer and writer at  BUILD Series by Yahoo! Entertainment, formerly known as AOL BUILD, at Verizon Media Company where I closely worked with senior producers in the research and production team on BUILD Series’ new digital weekly show with Monét X Change, The X Change Rate.

I graduated from Fordham University at Lincoln Center in New York City where I studied Communications & Media Studies, concentrated in Film and Television and New Media with a Marketing Minor at Fordham’s Gabelli School of Business. My passions include filmmaking, writing, and creating powerful storytelling through a lens.

Throughout my career, I have held internships in multiple fields including marketing, social media, production, and news. Before graduating in 2018, I had the pleasure of interning at NBC News Digital, WHDH-TV 7 News Boston, NBC Nightly News with Lester Holt, The Webby Awards, and NBC’s Late Night with Seth Meyers. Upon graduation, I worked several freelance opportunities including Variety’s Power of Women Gala, The 2018 and 2019 Webby Awards, and as a Production Assistant/Production Coordinator in films. Additionally, since 2016, I have been a writer and reporter at StarryMag, where I contribute on a weekly basis as well as regularly review film and work red carpet events and other events such as New York Comic Con and the Tribeca Film Festival.

I am originally from a suburban town outside of Boston, I love animals, passionate about social justice issues, all things film and television, and plan to produce a film that screens at a major film festival.

Producer and Executive Producer with nearly 10 years of experience in digital media and production from NBC’s Late Night with Seth Meyers, Nightly News with Lester Holt, and more. I am currently an Associate Producer with MTV Brand Creative at ViacomCBS.

after a record-breaking night 15 at Harry’s Hous

when in Montreal 🇨🇦

guess who’s 3/4th Italian but only half Sicilian

Happy birthday to one of my favorite people, my na

happy birthday to me 🚙 looking forward to makin

two years with you 🤍

after nearly two years of so much loss and destruc

the other night I had the pleasure of attending th

an unforgettable birthday weekend celebrating with

manifesting myself as someone important 💫 • h

either reliving last weekend or just very late to

happy Father’s Day, dad. Third photo is us in a

@POTUS This instead please

Fans of #singersongwriter Sam Paige reporter @ashleedell will be interviewing the #popmusic artist about her latest single "On Me." Be sure to tweet us over all of your questions! #SamPaige
https://www.youtube.com/playlist?list=OLAK5uy_kLu3mV5KuBMZZs802IDp2PFoLdvrni11E

The next World Cup in 2026 will be held in the United States, Mexico, and Canada. #FIFAWorldCup 2